Everything You Want to Know About Prostate Health in One Place

Settling down with a glass of pinot noir or cabernet sauvignon may be a relaxing way to end the evening, but some research also suggests it may reduce a man's risk for prostate problems.

[1] Researchers at the Fred Hutchinson Research Center in Seattle conducted a study evaluating the consumption of alcohol and the likelihood of developing prostate problems.

Before you make a decision to begin consuming any sort of alcohol you should understand the risks associated with alcohol use and abuse.

Dr. Janet L. Stanford, Ph.D found a 50% reduction in prostate related problems with men who consumed "four to eight 4-ounce drinks per week" [1] Dr. Stanford also went on to say "From a public-health standpoint, it's difficult to recommend any alcohol consumption given the risks associated with heavy consumption, from increased overall health risk to accidental injury and social problems. But for men who already are consuming alcohol, I think the results of this study suggest that modest consumption of red wine — four to eight 4-ounce drinks per week — is the level at which you might receive benefit. Clearly other studies show that more than that may have adverse effects on health." [1]

But why does red wine prevent prostate problems? [2] The truth is that doctor's do not really know. But the speculation is focused on the antioxidant properties of red wine including flavanoids and a compound known as resveratrol. These compounds appear to counter balance androgens, the male hormones that stimulate the prostate.

Resveratrol, also known as a polyphenol, a type of super-antioxidant, resveratrol is well documented as a potential way to possibly aid in a reduction of cardiovascular problems.

Although they aren't specifically recommending consuming resveratrol to prevent prostate related problems, research conducted evaluating men who consume red wine in moderation. And test tube experiments of flavanoids present in red wine indicate that there is a potentially positive correlation between responsible Red Wine Consumption and a reduced incidence of prostate related issues in men.

According to a new study published in the July issue of Advances in Therapy [1], saw palmetto extract may be as effective as finasteride when it comes to blocking the enzyme that causes benign prostatic hypertrophy (BPH), better known as an enlarged prostate.

"The results of this study verify the high activity of our novel saw palmetto extract, SPET-085, to help maintain healthy prostate function," [2] said Joe Veilleux, the General Manager of Euromed USA. "Euromed is committed to ongoing clinical research to provide scientific evidence which will differentiate SPET-085 from other saw palmetto extracts." [2]

Researchers believe SPET-085, a newer, more concentrated form of saw palmetto, has bioactivity similar to the prescription drug finasteride, which inhibits the BPH-causing enzyme and stops many of its symptoms. Finasteride is currently the most common treatment for BPH in the United States.

This discovery presents a new treatment for consumers who want to avoid the possible side effects of taking finasteride. Finasteride has been shown to cause impotence, decreased libido, reduced ejaculate volume and breast enlargement. Few side effects have been observed in saw palmetto.

For consumers who desire a more natural approach to prostate care, this is exciting news. Saw palmetto is currently the only natural treatment shown to effectively treat BPH and its underlying symptoms, including weak stream, urinary bladder pain, incontinence and nocturia.

This form of saw palmetto is currently not available for consumer use, but it is expected to be marketed as soon as it gains approval by the Food and Drug Administration (FDA). Experts also recommend using higher doses of saw palmetto to create the same effects found in SPET-085.

Want to lower your risk for prostate related problems? A new study recommends you lower your dairy intake. According to the Physicians' Health Study, headed by Harvard University, people who consumed two or more glasses of milk per day were 1.6 times more likely to develop advanced prostate problems, which carries a higher mortality rate. Men who did not consume milk on a regular basis had a significantly lower risk.

The men in the highest risk group consumed skim or low-fat milk, dispelling the myth that high-fat dairy products can promote prostate problems. Specifically, experts believe calcium has an effect on prostate cells, and should be avoided if possible.

"Dairy products may influence the incidence or progression of prostate problems by several possible mechanisms," says Neal D. Barnard, M.D., who originally reported the findings on KirchwoodProject.org. "In several prospective studies, calcium intake has emerged as an independent predictor of prostate problems."

As for why this occurs, researchers hypothesize it may have to do with calcium's effect on vitamin D, a vitamin that can regulate the health of the prostate. Numerous studies show calcium reduces the production--and regulation--of vitamin D, which can increase the prostate cells' risk for malformation.

Calcium may also increase serum concentrations found in the insulin growth factor (IGF-1), which adversely affects prostate cells. Numerous studies have shown a connection between an increase in IGF-1 and risk of prostate related problems. But experts warn consumers not to completely cut out dairy. Low calcium intake can cause osteoporosis, a bone disease that can make bones brittle. Calcium is also needed to maintain the health of the bones and teeth, which weaken as people age. Instead, they recommend switching to non-animal sources of dairy, which are lower in fat and may decrease risk of developing prostate related issues.

Although efforts in Singapore are rising to spread awareness of prostate enlargement, many Asian men still do not seek help. According to a recent survey by the Singapore Urological Association (SUA), one-third of men suffering from an enlarged prostate do not seek help, despite it being a highly treatable condition.

The reason why men don't seek help? According to the survey, 50 percent of the respondents cited they believed it was part of "getting old", whereas 12 percent claimed they were fearful of being diagnosed positive for prostate enlargement. Dr. Colin Teo, the chairman for SUA, believes misinformation is the biggest reason why Asian men do not get treated for this condition.

"Only 15 to 20 per cent of sufferers need surgery," says Teo to TodayOnline.com. "Others can manage their condition through lifestyle changes or medication."

Prostate enlargement, better known as benign prostatic hypertrophy (BPH), is a condition where the prostate enlarges and puts pressure on the urethra, making it difficult to pass urine. Although the condition isn't fatal, it can make urination painful or unpredictable, putting a clamp on a man's day-to-day and sex life. Many men believe BPH is just the cause of old age and cannot be treated, when in fact it is not clear what causes BPH.

"The cause of BPH is not well understood," reports The National Institute of Diabetes and Digestive and Kidney Diseases (NIDDK). "Some researchers suggest that BPH may develop as a result of “instructions” given to cells early in life."

Fortunately for men, there are several treatment options available for mild to moderate BPH. The National Institutes of Health (NIH) recommends finasteride, a drug that has been shown to reduce urinary symptoms caused by BPH. Other health practitioners recommend using saw palmetto and quercitin, natural herbs that have been shown to work almost as effectively as finasteride in the reduction of BPH symptoms.

The study, which tracked the dietary intake of 868 Australian men between the ages of 40 to 75, revealed men who did not develop BPH ate a diet rich in beta-carotene, fiber, folate and vitamin C--all nutrients found in vegetables.

Conversely, the highest rates of BPH were associated with men who ate a diet rich in protein, saturated fat and zinc.

Gina Ambrosini, the lead researcher for the study, says men who ate a vegetable-based diet were at a 32 percent lower risk for developing severe BPH, or BPH requiring surgery to cure.

“In addition, the investigators looked at individual food groups and found a significant inverse relationship between risk of surgically treated BPH and consumption of total vegetables, dark yellow vegetables, tofu, and red meat,” says Jody Charnow, who originally reported the study to Renal and Urology News. “Increasing intake of high-fat dairy foods was associated with a higher risk of surgically treated BPH, the study found.”

These findings are one of the first to suggest a man's dietary habits may play a key role in BPH. Previously, researchers blamed an increase in testosterone levels, which have been clinically show to enlarge the prostate. It now appears that eating a high-fat, high-protein diet may also aggravate this condition.

Although scientists are reluctant to say if it can reduce pre-existing symptoms of BPH, they do recommend men switch to a lower-fat diet, if possible. Other health practitioners recommend incorporating more fruits and vegetables to lower the risk for BPH. Researchers have not recommended adding natural herbs or supplements to combat this issue, however, which natural health practitioners have recommended in the past.

Having a healthy prostate is something every man wants. No one wants to go through the pain and suffering that comes with an enlarged prostate. Nothing is worse than constantly being on the lookout for a bathroom, or getting up several times a night to go to the bathroom, or standing in front of a urinal with nothing happening or the embarrassment that comes with being with friends or others and not making it to the bathroom in time!

Choosing a smart strategy the try and keep your prostate as healthy as possible for as long as possible require the right information. You will discover here on our website that proper diet, proper exercise and proper supplementation are three key factors in keeping your prostate healthy.

Every man wants to have a healthy prostate. We all want to not even have to think out our prostate, and we all wish we knew which pill where the ones to take. Which pill is right for you? There are so many ads and claims it can be confusing. So this website will help to take away the confusion and tell you what you can come to expect from certain ingredients and prostate products. Knowledge is a powerful weapon in the battle to keep your prostate healthy, so hopefully this website can give you the knowledge to make informed decisions about your prostate health strategy.

Pretend for a moment that you lived in an ideal world where you had all the time and money you needed to care of your prostate - what would your game plan look like? Most of us don't live in that world so using our best Bill Walsh, Bill Belichick and Tom Landry we have laid out our 7-point strategy that science and researchers indicate might be the best way to make your prostate bullet-proof! For lifelong prostate health this simple strategy should be your best offense and defense! 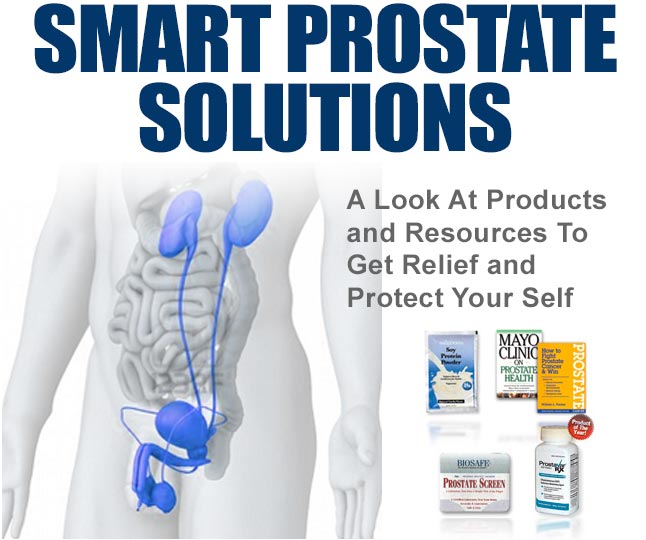 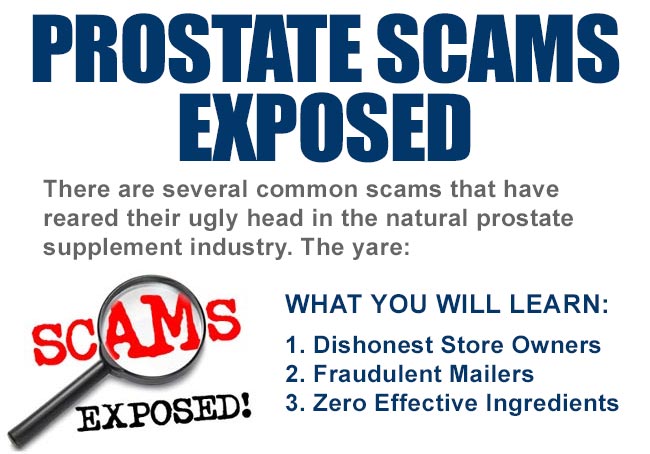